You’ve spent a little while preparing for your first nude photoshoot – possibly with hopes of becoming a Hopeful Suicide Girl and now it’s time for you to get your kit off and shoot your first nude set – very scary! I can only relay what you would expect on a shoot with me as your photographer and all photographers and their processes will vary, so this is just a general idea of things you might expect and some tips to make your shoot the best it can be!

Final preparations on the day:

Tips for during your shoot:

Other Blogs in this series:

What Is ‘Suicide Girls’?

How Can I Become a Suicide Girl? Pros and Cons.

3 thoughts on “Models: What To Expect At Your First Nude Photoshoot.” 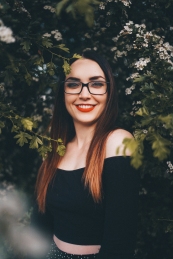